This year we started a new tradition.  At the end of each semester my kids get a day off school for grading. So I told my kids to celebrate I'd cook breakfast and they could invite any friends they wanted over. So today I served 10 kids crepes!  Afterwards they stayed for some ping pong, and board games. Good ending to finals. 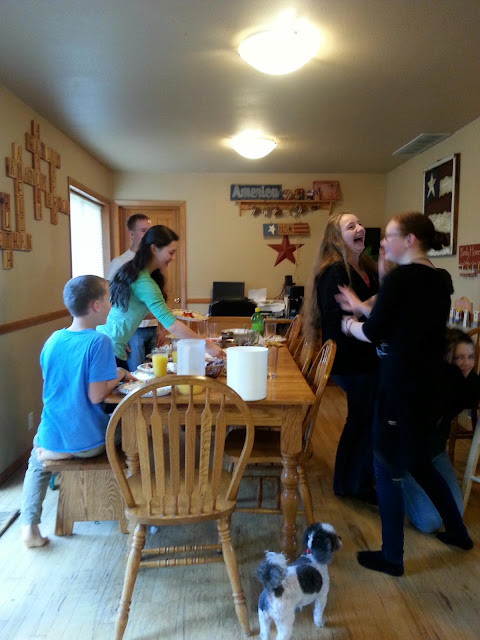 Our dog Dotty went to the groomer today. EVERY time she gets a hair cut someone asks if we got a new dog. So no we did not get a new dog but she looks new.  The funny part about her going to the groomer is how she acts about it.  If she hears me say ANYTHING about the groomer before it's time to get in the car she won't come to me. Usually she loves to go anywhere. Today she heard me say on the phone that I was taking her to the groomer and when I got my keys she just laid there I called her again and she rolled over to show me her tummy.  I had to carry her out.  Silly dog! 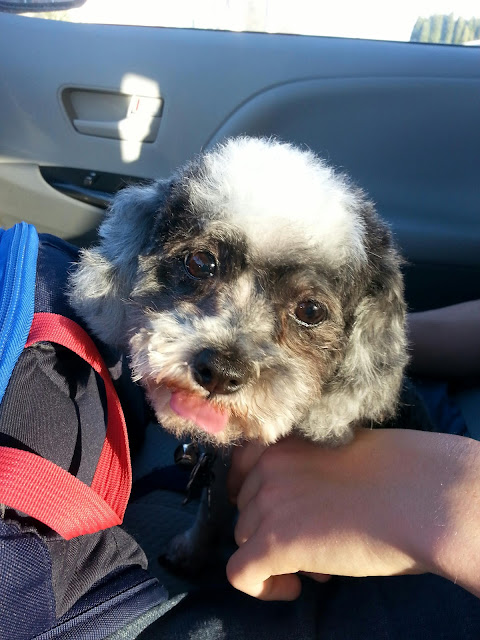 Posted by Amanda Davis at 7:14 PM No comments:

So many things have happened in the last year and a half that are now undocumented for my family. The longer I went with out posting the harder it got for me to want to post again because I felt like I needed to "catch the whole thing up". Which got more and more overwhelming of course. But after this month of events I decided I was going to attempt to just pick up and start from here and not feel like I had to post about everything that has happened. I might touch on a few things that have happened because they are big but mostly I just need to start again. Not because anyone ever reads this but because I need to to document our life as the Davis family.
#1 Event worth Posting about was in December of 2014 Hayden was baptized. It was a very special day and I can't actually find any pictures of it right now... (this is WHY I need to do this so things don't get lost!) After her baptism we went and cut down our Christmas tree and went to the carousel to see Santa with all our family.
#2 Everyone had birthdays, Ethan got his divers permit, I've gone to girls camp, was released from Young Women's (after almost 6 years of serving with these amazing girls). Larry was put into the young men's presidency and now is the Young Men's president. Ruth started kindergarten which is ALL DAY! Funny thing is after 3 days of that at dinner she asked, "is tomorrow a school day?" I said yes everyday is school except weekends now. She said, "this is really cutting into my playtime." Just this week she has turned a corner and hopefully it will stay that way but she is enjoying school now and not saying she hates school. So that is exciting! 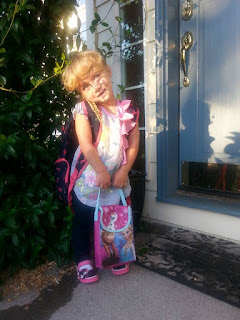 This is a picture of her on her first day!
But the thing that has inspired me to get back into this is the passing of my mother in law. After she passed away I was gathering picture of her to put together for a slide show at her funeral. As I looked and looked through all our photos I was seeing my children grow and change so quickly that I hardly believed they were who they are now because in my mind they are still these sweet little kids but yet they are not at the same time. I realized I was missing out on a lot of what I use to capture on my blog of memories. I post very little on Facebook and what I do post there is not very informative. I don't share overly personal things but maybe a few funny stories here and there. Not that I over share here by any stretch of the imagination but I do tend to journal a lot more when I do post on the blog (which I am sure part of why I stopped... it was more time consuming AND I can't figure out how to do it with my phone and I don't love sitting in front of the computer.) But now that all my babies are in school maybe I can sacrifice a few minutes a week to just update! That is my hope! So on to the passing of my mother in law.
We found out in July that she was diagnosed with terminal bone cancer that stemmed from the breast cancer she had had in 2000. They didn't give us a timeline but we knew this was going to be terminal. We spent some time with family and they all came out to see her in the last few months.
Very close to Christmas things started to get much worse for her and the doctors told her probably 3 to 6 months. Christmas Eve was a bit scary we thought we might loose her then, but she really wanted to spend Christmas with her grand kids and family. So we all prayed she would get to do that and she did. She was strong enough to come out to our house Christmas morning, and spend some time with our kids. That was the last time our kids saw her and the last time she really left her house. After that she was on hospice care. Scott and Brenda (Larry's brother and sister) had come to be with her during the holiday. After they left I would go and spend days helping care for her and Larry spent several nights there to help his dad as well. It was a very emotional time but also very special. I felt heaven very close each time I was with her and felt the veil was thin for her as well. On Jan 10th I spent the day helping her and it was the most painful day ever. For her and everyone involved. I cried and cried as I helped care for her (as did the hospice nurse). I cried the whole way home with my heart breaking that she was in so much pain. Jan 12th Larry called to let me know that she had passed away about noon. There are many aspects of my relationship with her I won't go into a lot of detail but I will say this. Even though some times we may not have always seen eye to eye and had disagreements I grew to love and respect my mother in law. I saw her many attributes and how she blessed me and my family. Our last afternoon together we hugged and cried and I told her I loved her and she said to me "I love you so so so so so so much." This still makes me teary but I know that the Lord has blessed us, healed our relationship and has left me knowing that I do love her and will try to keep her memory alive for my children.
I had the privilege of writing her obituary, and dressing her after she passed. These blessed me more then I can really say as they were the last way I got to serve this woman who served me in so many ways.
Her funeral was very nice and we got to see lots of family we haven't seen in a while. We spent that evening with Larry's brothers and sister and their family. We got to hear all the great stories of them growing up. We laughed so hard we cried and I just felt blessed to be surrounded by these people.
So now my goal is to try to post something at least once a week (maybe every other if there isn't anything to exciting going on) But mostly I just don't want to loose all the memories that are to come like I have many of the past year and a half.  Some of what we have done in the past year and a half have been painful and private enough I probably wouldn't have blogged about them anyway but I should have at least documented some of what was happening. I will do better! 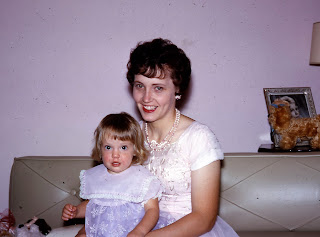 This is my favorite picture we found while I was putting together the slide show. This was Nadine with their daughter Brenda. I think she looks so beautiful in this picture. 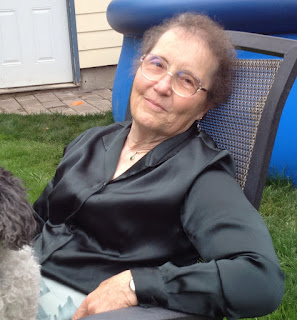 This picture was taken in our back yard a year or two ago. She just looks peaceful and happy. 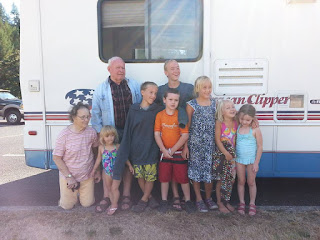 This was the last camping and boating trip we took after her diagnosis in July. Scott and his family came out and we had a wonderful weekend just being together and having fun! 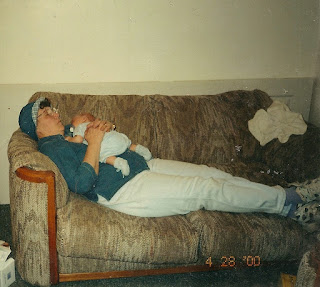 I took this picture of Nadine in 2000 Ethan is that baby. She use to come and help us work on our house that we had to totally gut. Here she was still going through Chemo, just barley healed from her mastectomy and she would come and help work on my house projects. On this day she needed to rest and often times would take that time to snuggle the baby and they both took a very deserved nap. It brings me to tears and humbles me to look at this photo and realize all the many ways she served and blessed my life.
Posted by Amanda Davis at 5:09 PM No comments: 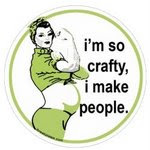